I’ve got no idea how to do this - I suppose that the partial derivatives need to be all positive or negative. I believe that I’m after a homeomorphism but I’m out of my depth there… My initial attempt is described below.

I need a transformation \(\psi\) that maps from points inside a cube \([-1, 1] \times [-1, 1]\) to the same cube. The way I’ve tried to do it is by representing the transformation using a multi-output GP (where the outputs are independent). This GP is conditioned such that the border segments of the square are preserved.

All results below start with a uniform grid on a square as the one shown below. 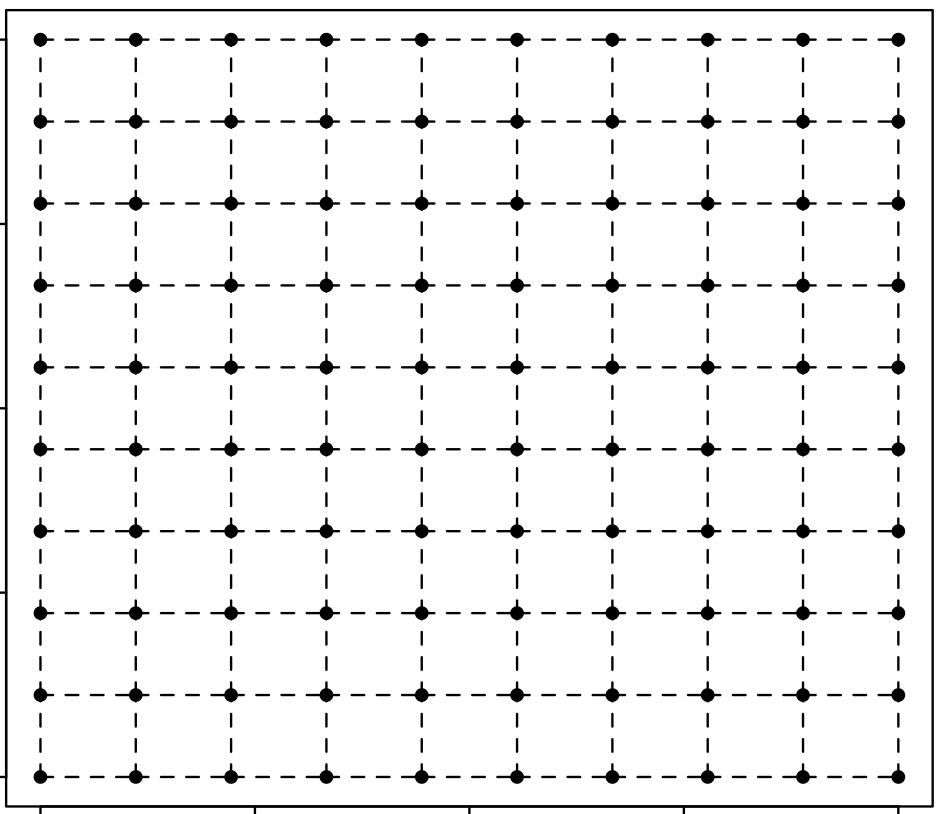 An example of a diffeomorphism

This example is from Wikipedia - I wrote an R implementation based on their (Mathematica?) one here.

Below is some R code that simulates the formalisation above. 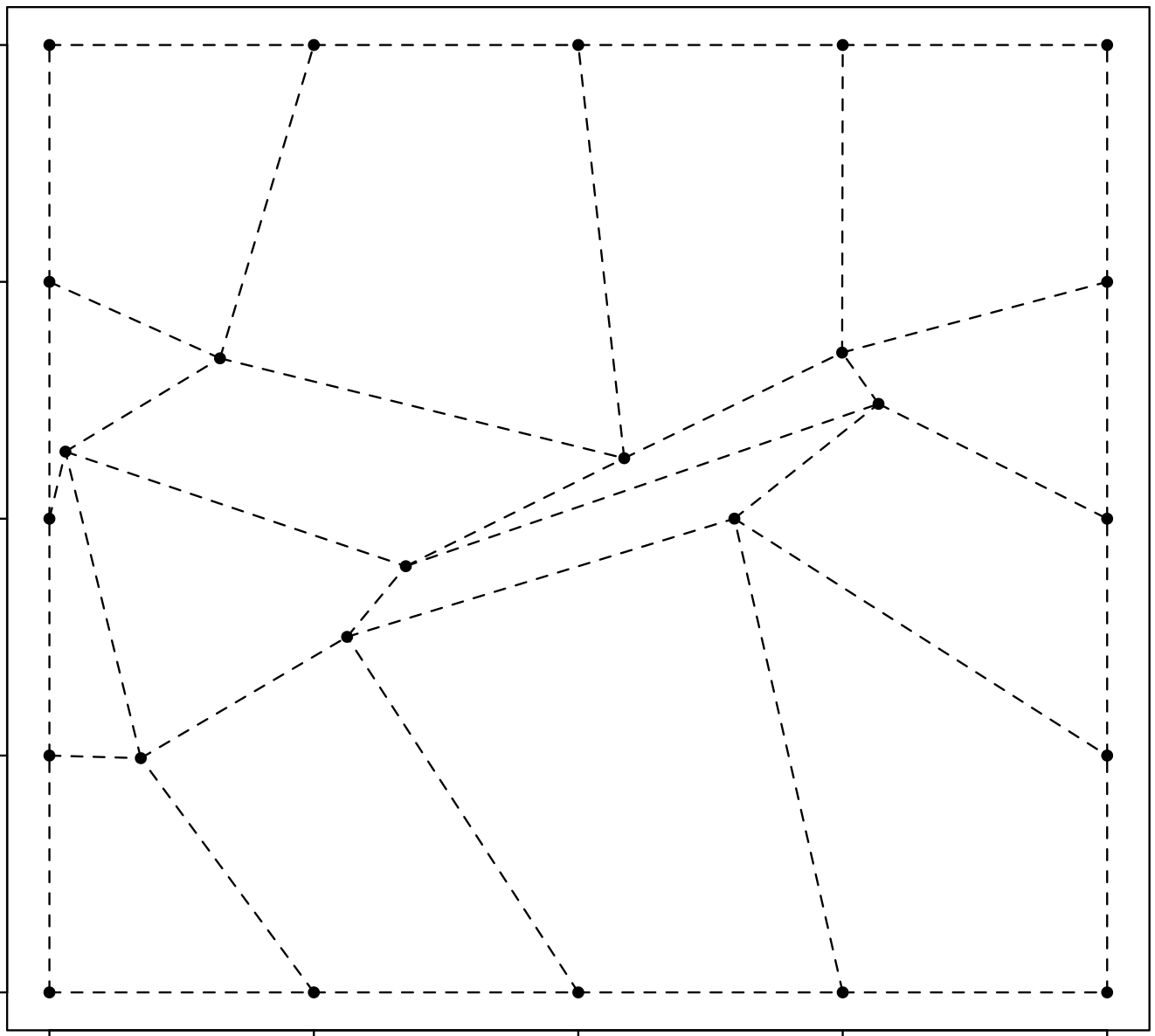 Edit: it’d be nice to write up a script such that I can sample from the function conditioned on the gradients (easy to do with GPs as the derivative kernels are known analytically).